But how hydrogen it works and what’s the benefits of hydrogen rich water? 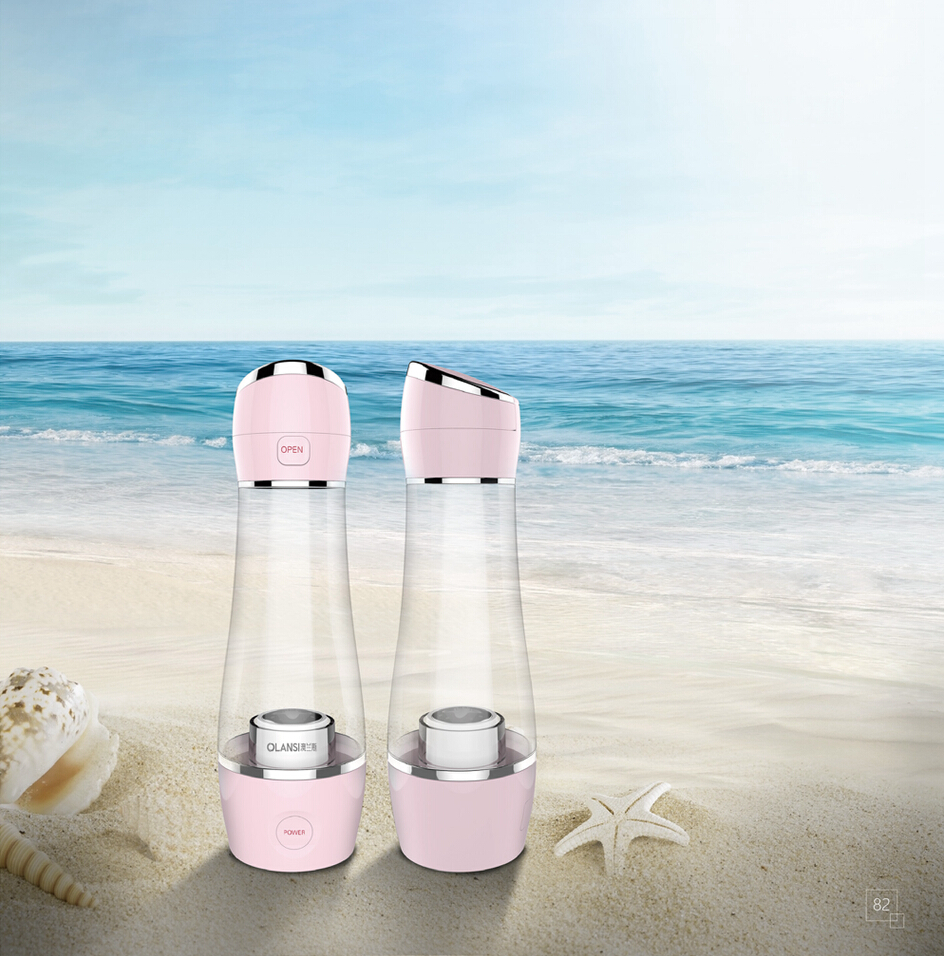 When the earth was created, hydrogen was here first. It is believed that Hydrogen played a major role in the beginning of living organisms on earth. Hydrogen reacted with oxygen to produce the life-giving solvent water; and many years ago hydrogen was intrinsically involved in the genesis of life. Now, many years later, hydrogen is once again at the forefront of biomedical and anti-aging research. More than 600 scientific publications, including 40+ human studies, have shown Molecular Hydrogen to be therapeutic in essentially every organ of the human body and in over 150 different human disease models.

Hydrogen gas (H2) is the smallest molecule in the universe, about half the size of oxygen. This gives it a higher cellular bioavailability above any other supplement, drug or nutraceutical. Hydrogen can rapidly diffuse deep into all the cells and mitochondria, as well as easily pass through the blood brain barrier. We are talking about hydrogen that is not bound to any other compound, but is free and available. Water has bound hydrogen that is connected to oxygen (H2O or H-O-H). Available hydrogen is hydrogen gas (H2 or H-H), which can be dissolved into the water in its gaseous form.

The rates of cardiovascular disease, diabetes, obesity and many neurological disorders, such as: autism, ADD, depression, Alzheimer’s, etc. are disturbingly high. The need for a natural and safe anti-aging remedy that brings the body back to homeostasis has never been greater. Scientific research on molecular hydrogen suggests that this long forgotten molecule may be the key to the revolution of health and wellness.

It instantaneously converts toxic hydroxyl radicals to water (H2 + 2 * OH -> 2H2O).
It maintains the homeostatic levels of our body’s antioxidants (e.g. glutathione).
It has a beneficial effect on cell signaling, cell metabolism, and gene expression, which gives it anti-inflammatory, anti-obesity, and anti-aging effects.

Hydrogen gas is not a foreign substance like a drug or pharmaceutical that is alien to the body. After a fiber rich meal, our gut bacteria produce hydrogen gas, which diffuses into the blood and exerts many beneficial effects. According to the research, drinking water that contains solubilized hydrogen gas is the most effective method to deliver hydrogen to the body. Interestingly, it is also the oldest method. Since the dawn of time, there has been talk of natural healing spring waters and the mythical fountains of youth with stories of miraculous healings and outstanding longevity. These stories seem to be but fables and legends; however, recent investigations of some of these healing waters in Japan; Tlacote, Mexico; Nadone, India; Lourdes, France, etc. all show that these waters are therapeutic, and that they contain available dissolved hydrogen gas.

It makes sense that because hydrogen has been so intimately involved in the origins of life, it would still benefit us today. Perhaps this is why we developed a symbiotic relationship with the H2 producing bacteria in our guts, and also why nature produced springs rich in hydrogen gas: to benefit its creations. Hydrogen appears to benefit all forms of life including plants.

The bio medical field was caught by surprise in 2007, when an article published in the prestigious journal of Nature Medicine demonstrated that something as natural and simple as molecular hydrogen could have such stunning biological benefits. With the new understanding of the active role of hydrogen gas, we are now able to understand why thousands of people benefited from “ionized water”. Many people taught that the increased pH was the cause of the benefits but now we know that it is molecular hydrogen dissolved is the true cause of benefits.

Ionized water is produced via electrolysis, which separates water to available oxygen gas and hydrogen gas (2H2O -> O2 + 2H2), which would dissolve into the water. In 1965, the Japanese Ministry of Health Labor and Welfare approved ionized water as a medical substance to help with various gastrointestinal symptoms. However, the numerous clinical reports and empirical evidence of therapeutic benefits clearly demonstrated that this water contained molecular hydrogen which has been shown to be a therapeutic agent. It is now well recognized that H2 gas is the great secret. Research has shown that removal of the hydrogen gas in ionized water eliminates the benefits, and addition of extra hydrogen gas to the water increases the therapeutic benefits.

Guangzhou Olansi Healthcare Co., Ltd located in the Guangzhou province of China involves the production and export of a wide variety of hydrogen water machine and purifying products. It has been serving its clients worldwide for more than a decade with integrated research, quality control and management systems, development programs, advanced technologies and fancy looks.